A funny thing happened on the way to a field trip. On Monday, I took my class on “Creation Theology, Spirituality, and the Arts” to the Michael C. Carlos Museum to see the various exhibits on creation motifs from Native American, African, African American, and ancient Near Eastern traditions. Little did I know that we would be going on the opening day of Tibet Week at Emory University. Much to my pleasant surprise, the opening ceremony of the Mandala Sand Painting was taking place after the end of our tour. While most of my students needed to return to our campus for other classes, I took the opportunity to stick around, observe, and photograph the event.

The presentation began with words of introduction followed by some chanting by the monks of Drepung Loseling Monastery, Inc. Following the chanting, the monks proceeded to lay out the line drawing for the Mandala Sand Painting. The monks are completing the sand painting over the course of several days and the process is open for viewing from 10:00 a.m. to 5:00 p.m. the remainder of the week. I plan to go back later in the week to view the progress, and hopefully, the completed result. In the meantime, here are a few of my photos from the opening ceremony. During the process, I thought often of my mother, who is a retired geometry teacher who still practices her love of geometry through quilting. I thought also of my sister, an engineer and all-around crafty genius who loves nothing more than getting out her rulers, protractors, and compasses to create cool things. I have been contemplating the creation of art as a spiritual practice by the monks, my family members, and others all week.

The beautiful, colorful sand, meticulously prepared by the monks.

The monks open the ceremony and bless the site of the mandala through their chanting. 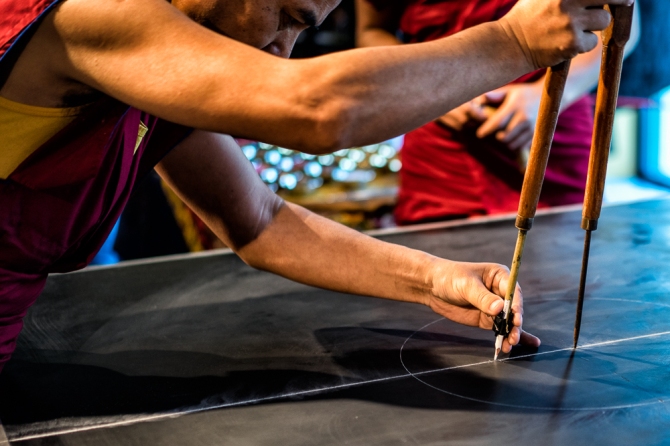 They carefully measured each of the initial lines in order to create perfect symmetry in the line drawing. 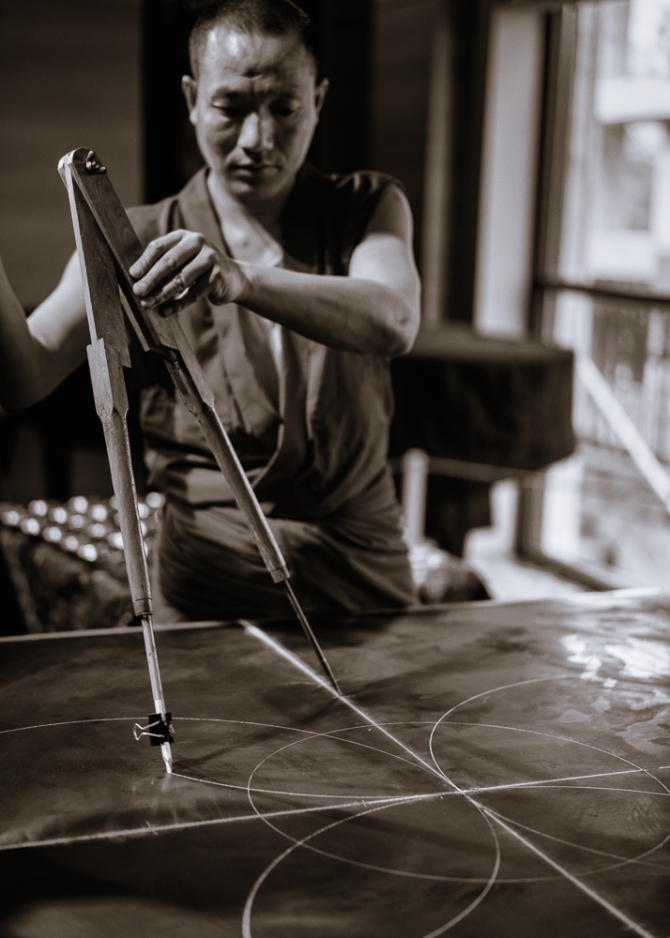 They used the compasses to both measure and draw curved lines as a part of the design.

They snapped chalk strings to create many of the straight lines. 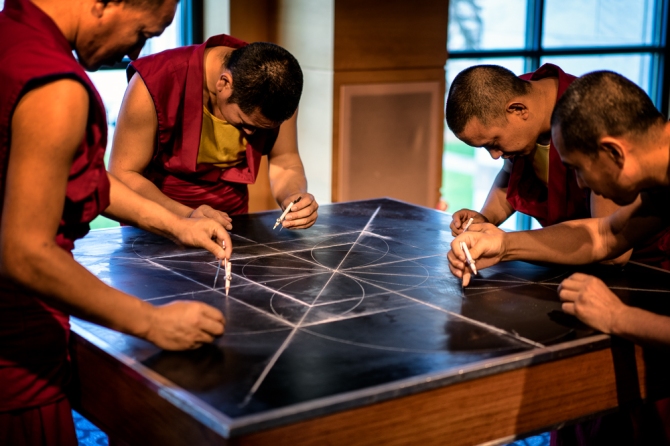 Using smaller compasses, they continued to add guidelines for the full drawing.

Many lines intersected each other at precisely measured intervals. 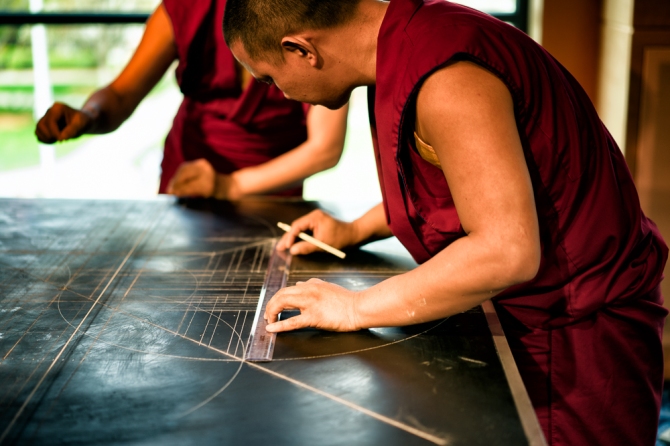 They used rulers and chalk pencils to fill in the lines created by the string.